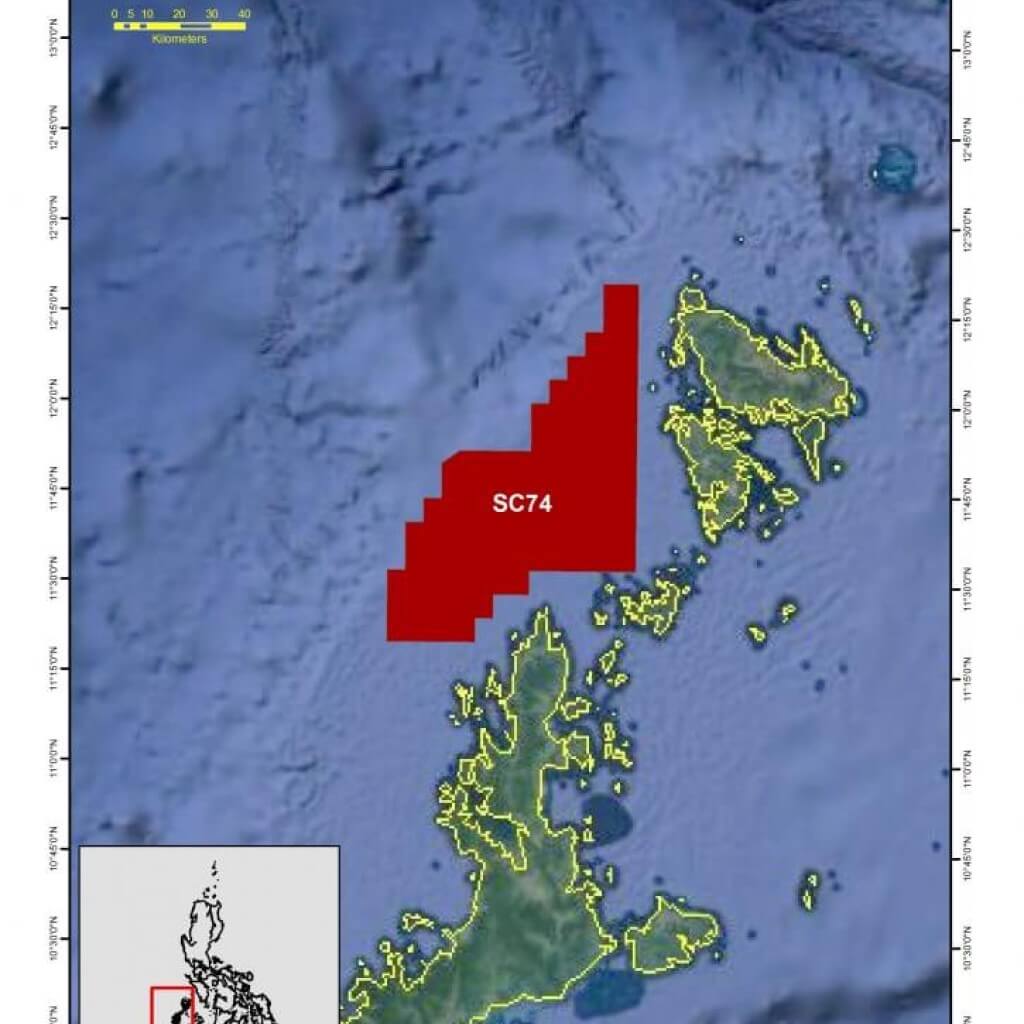 SC 74 was awarded by the DOE to joint bidders Pitkin Petroleum Limited (Pitkin) and Philodrill Corporation on 13 August 2013 during the 4th Philippine Energy Contracting Round.

The Service Contract covers an area of 4, 268 km2 in the offshore Northwest Palawan Basin with water depths ranging from less than 10 m to about 200 m. It is about 278 km southwest of Manila and approximately 150 km. northwest of Puerto Princesa, Palawan.

PNOC EC acquired its 5% participating interest from Philodrill which was approved by the DOE on 5 November 2015. Philodrill, which originally held 30%, now has 25% interest in the block. On 5 April 2016, DOE approved Pitkin Petroleum’s transfer of its 70% interest and operatorship to PXP Energy Corp. (formerly Philex Petroleum).

Geological and geophysical studies, including purchase of 3D seismic data and reprocessing of selected 2D seismic data, were conducted as part of the initial commitment for the service contract. In 2016, about 1,600 km of 2D seismic data covering the block was acquired through a DOE-CGG multi-client seismic survey and processed together with gravity and magnetic data. Interpretation of the data was completed in 2017 and is currently integrated with the gravity-magnetic interpretation. Evaluation of the Linapacan-A and Linapacan-B oil discoveries were also undertaken for possible commercial development.

SC 74 under Sub-Phase 3 was granted extension by the DOE until 12 September 2021, due to the force majeure conditions citing the negative impact of the COVID-19 pandemic.